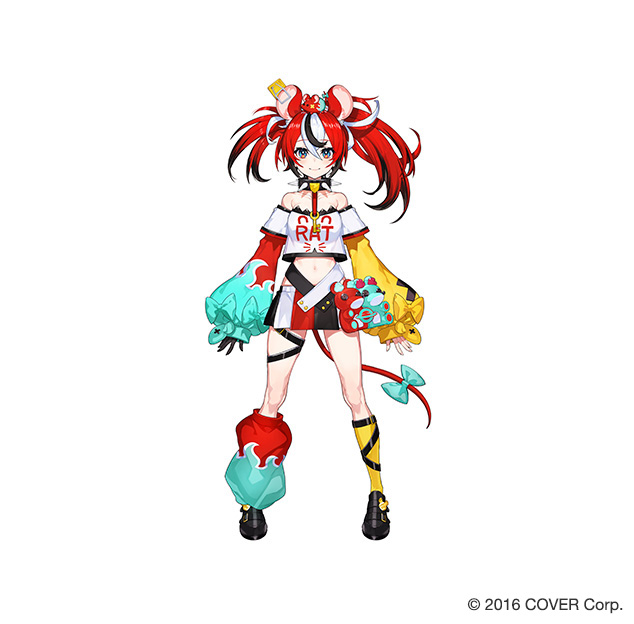 Anime Central is excited to announce that hololive VTuber Hakos Baelz will be joining us for the 2022 Convention via Virtual Appearance!

A member of the Council and the very concept of Chaos, birthed by the world, itself.

The Gods appointed her Chairperson of the Council, but she mostly takes a hands-off approach as she has yet to accept the decision, much like her fellow members. That said, all of them have no intention of contending; instead to obey.

Her mouse-like appearance has deceived many a fool who fails to realize that mice are the harbingers of chaos. Also of note is her wild smile, which she often flashes in her frequent romps.

Chaos is confusion and disarray, it is fortune and tragedy, and it is freedom from all the logic and inherent nature of life. She believes that rules are not the be-all and end-all, which is why she has come to break them all. Watching the aftermath is her greatest joy, and so she remains a bystander to the destruction caused by mayhem.

Hakos Baelz’s appearance at Anime Central will feature a Live interactive fan panel with fellow VTuber Gawr Gura from hololive English -Myth- on Saturday 5/21 at 4:00pm, as well as a limited Meet and Greet session.  Details and information about the Meet and Greet to come soon.

Anime Central is proud to be the first event to participate in hololive Meet, the new joint project from hololive! hololive Meet, or holoMeet for short, will feature exhibitions at conventions, guest appearances at overseas events, and self-produced events where you will get to interact with and enjoy your favorite hololive VTubers!