This contract (“Contract”) is entered upon by and between Midwest Animation Promotion Society, an Illinois not for profit corporation doing business as Anime Central (“MAPS”),, and Exhibitor to govern Exhibitor’s participation in the Anime Central Conference (“Anime Central”).  The business venue for Anime Central will be an exhibit hall (“Exhibit Hall”) operated by, and located within, the Donald E.  Stephens Convention Center in Rosemont, Illinois (“RCC”).

Examples of Barred Merchandise shall include, but are not limited to:

Exhibitor understands that in the event that MAPS or RCC shall be held liable for any reason that might result from Exhibitor’s action or failure to act, said Exhibitor agrees to reimburse MAPS and/or RCC for all costs and liability resulting there from, including reasonable attorneys fees.  MAPS / Anime Central reserves the right to close Exhibitor’s exhibit whenever it is deemed necessary by MAPS / Anime Central for the safety or comfort of those attending Anime Central ; whenever Exhibitor’s exhibit, activity, or material sold is determined by MAPS to be objectionable or offensive to the average person attending Anime Central ; whenever legal conditions, convention policies, or requirements of RCC so dictate; and whenever portions of RCC are destroyed or damaged.  Likewise, MAPS reserves the right to cancel arrangements, contracts, or exhibits if Anime Central  fails to take place as scheduled, is interrupted and/or discontinued, or access to the premises is prevented or interfered with by reason of any strike, lock out, act of war, act of God, emergency declared by a government agency or Anime Central Event Management, or for any other reason that terminates this Contract.  In the event of such termination, Exhibitor agrees to waive all claims of damages and agrees that the sole liability of MAPS shall be the display space rental fee paid, less a pro rata portion of all costs and expenses incurred and committed to, by MAPS.

Exhibitor agrees that all matters and questions not covered by this Contract are subject to the discretion of MAPS and/or the Anime Central Event Management.  Exhibitor agrees to abide by, and conform to, all additional rules and regulations as are adopted or prescribed by MAPS from time to time for the management of Anime Central and the Exhibit Hall.  Exhibitor acknowledges that it has read this Contract, and expressly agrees to abide by the terms and conditions set forth herein.  Exhibitor’s failure to read this Contract prior to signing shall constitute grounds for default.  Exhibitor acknowledges the right of MAPS to revoke this Contract in the event Exhibitor is found in default of any terms or conditions set forth herein.  In the event of default by Exhibitor, MAPS may do any or all of the following: a) Provide a prorated refund of the cost of the booth(s) and/or “Exhibitor” badges.  b) Require the Exhibitor to remove any and all merchandise from his/her booth(s).  c) Confiscate any “Exhibitor” badges issued to the Exhibitor.  d) Deem any “Exhibitor” badges issued to that Exhibitor to be null and void.  e) Ban the Exhibitor from any other events sponsored by MAPS.

If you have selected that you are interested in, or pursuing the Small Press / Professional / Artist Exhibiting Space, this addendum will be incorporated into the above agreement entered upon by and between Midwest Animation Promotion Society, an Illinois not for profit corporation doing business as Anime Central (“MAPS”),, and Exhibitor to additionally govern Exhibitor’s participation in the Anime Central Conference (“Anime Central).  The business venue for Anime Central will be an exhibit hall (“Exhibit Hall”) operated by, and located within, the Donald E.  Stephens Convention Center in Rosemont, Illinois (“RCC”).

Do not place items in the walkways in front of or behind your table space. Space allowed behind tables is sufficient for backdrops, etc.  without interfering in the walkways.  As the space behind your tables is designated for backdrops and your supply space having people sitting in the walkway behind your tables interferes with traffic of other artists who are trying to move out of their tables to go to the bathroom or eat.  This goes back to being courteous to your neighbors.  You are not allowed to have people sitting behind your table, blocking exits.  Punishment for using space, any space whether it is behind, next to, in front of your table or on the opposite side of the artist alley can include but are not limited to: You being asked to leave the alley, Not being allowed back the following year, or removal of offenders’ membership badge.

Access to the Alley outside of business hours is restricted to selected Anime Central staff and individuals wearing special Exhibitor / Artist membership badges. Access is only allowed during the special times laid out on the schedule any other time you will not be allowed in, there will be no exceptions.  I.E.  If you forget something in the Alley you will not be allowed back into the hall.

Please plan to be in attendance at your table for duration of the open hours of the Artist Alley to Anime Central Attendees, for the entirety of the event.  If you do not claim the space by 9:00 am Friday, you will automatically forfeit your table, without refund, no exceptions will be provided.

Please follow all requests of con staff.  Failure to do so may cause the loss of your table without refund.  If there is a dispute with a staff request or you feel the need to have something explained further, please see the Exhibit Space Department Manager, or the Assistant Department Managers and they will try to resolve the dispute as quickly as possible.

MAPS cannot be held responsible for loss or damages to your property while at the con.  Please keep an eye on your belongings, merchandise and supplies.  Be community minded and report any suspicious activity to the staff.  Please do not attempt to detain shoplifter’s yourself-call out to staff; we have people trained to handle it.  You also need to report individuals who are taking photos of your art that you have not authorized to do so, as you see fit.  We will endeavor to put a stop to such actions.  Basically Artist agrees to be responsible for, indemnify, and hold MAPS, the RCC, and their officers, employees, agents, affiliates and representatives, harmless from any and all claims of any nature, losses, damages, costs, expenses (including attorneys fees), personal injury, death, and/or any other claims arising from or related to any act or omission by the Artist or his/her property, agents, representatives or employees in contravention of its obligations under this Contract or any applicable law governing Artist’s activities at the Anime Central.

You are allowed to leave your tables for breaks.  We encourage these breaks to be no longer than 30 minutes, and it is recommended that you remove items of value when you leave.  We respectfully suggest that you do not let anyone you do not know handle money at your table in your absence.  If you feel, you will be gone for more than 30 minutes, either bring along an accomplice or two to watch your space or you must make arrangements with the staff at the alley staff table to sign out for the day.  This is to encourage artists to stay in the alley while it is open; an empty alley makes other artists look bad.  If you abandon your table for the day, shortly after the alley opens, without signing out, your table may be released to other artists.  I.E.  if you want to go the masquerade but need to leave early, make arrangements and it will be fine. 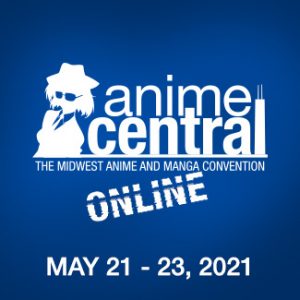