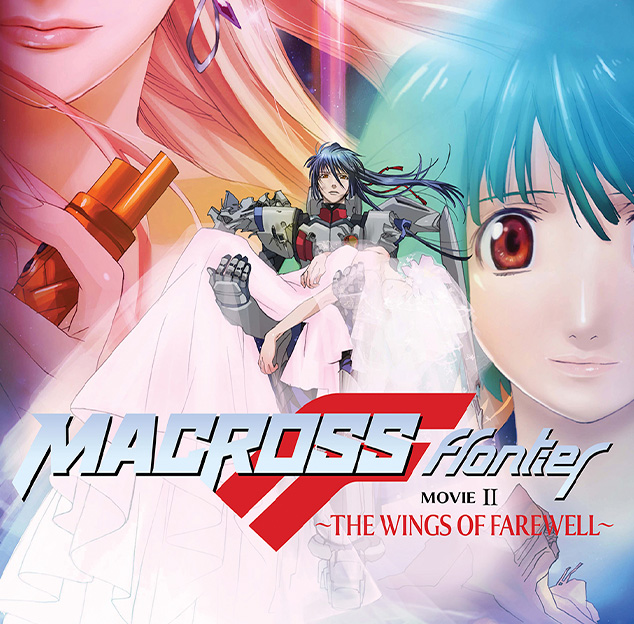 Macross Frontier: The Wings of Farewell will be hitting theaters June 30, 2022.  To celebrate, we will be giving away tickets to see the movie at your local AMC/Cinemark theater.  The giveaways will take place on our social media pages, so be sure to follow us and enter for your chance to win when the post goes live.

In the aftermath of the events of The False Songstress, Sheryl Nome remains aboard the Macross Frontier as her health begins to rapidly deteriorate. Meanwhile, Ranka Lee has become a singing sensation in her own right, and prepares for her debut concert just as a joint military operation to hunt down the Vajra Queen gets underway.

After losing his VF-25 variable fighter as a result of the skirmish, Alto Saotome is hospitalized and the two songstresses rush to his side. Just as their love triangle is about to reach its climax, the architects behind the Vajra attacks are uncovered and Sheryl finds herself behind bars, accused of treason.

It’s now a race against time for Ranka and the Strategic Military Services (S.M.S) to rescue their friend and stop the real conspirators controlling the Vajra, all while trying to protect their alien homeworld. The climactic finale of emotions, music and mecha action comes to a close as Alto must face one of the most important choices of his life.

Our 2023 Masquerade is Open for Submissions

Our 2023 Scholarship Program is Accepting Applications